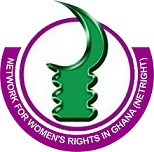 The Steering Committee (SC) is the next highest body after the AGM and is made up of nine (9) members who serve either in their individual capacities or as representatives of their organisations. The SC provides the leadership direction of the network and is responsible for implementing the decisions of the AGM.
The SC is led by the Convenor and the Deputy Convenor who serve a three-year term and are eligible for re-election but cannot serve more than two terms. Learn more about them:

Broadly, her research interests are in the area of gender, globalization and the changing nature of work in the Ghanaian context. Over the past decade, she has investigated the implications of global economic policies for Ghanaian female traders of global consumer goods, Ghanaian female factory workers, Ghanaian domestic workers and currently Ghanaian trainees for oil sector jobs. She was also a member of the Research Consortium on Pathways of Women’s Empowerment, a DFID-funded project.

As part of that project, she studied change and continuity in the lives of three generations of Ghanaian women. At the University of Ghana, she serves on various committees of the Centre for Gender Studies and Advocacy (CEGENSA) and is chair of the research committee of the Centre. She is also a member of the Ghana Studies Council and the African Studies Association, USA. In addition to being a steering committee member of NETRIGHT, she is a patron of the Ark Foundation, a Ghanaian NGO that works with survivors of domestic violence.

Pauline is the Deputy Convenor of NETRIGHT. She is the Head of the Gender Unit of the Third World Network (TWN) Africa. She has almost two decades of experience working on Ghanaian, African and global gender, and economic policy issues.

Pauline’s current roles in TWN-Africa include her acting as the focal point for the Ghana National Coalition on Mining (NCOM), a grouping of community groups in mining areas and CSOs defending human and environmental rights and working for the optimum utilization of Ghana’s mineral resources. TWN-Africa serves as the secretariat of the NCOM. She is also part of the TWN-Africa team working on the Africa Mining Vision and the ECOWAS Civil Society Mining Platform.

Pauline has a BA in French and Psychology from the University of Ghana and an MA in Development Studies from the Institute for Social Studies (ISS), the Hague, Netherlands.

Dr. Rose Mensah-Kutin is the Director of the Accra-based West African Regional Office of ABANTU for Development, a women’s rights organization that works to promote gender responsiveness in policies in Ghana and Africa and hosts the Gender Action on Climate Change for Equality and Sustainability (GACCES). She served as the Convenor of NETRIGHT from 2005 to 2009.

She has served as a Guest Lecturer at the International Center for Decent Work and Development (ICDD), University of Kassel, Germany and is an Associate Fellow of the Global Labour University. She worked on the African Workers' Development Programme (APADEP) first as a researcher conducting nationwide research on democratic worker participation, and later as the Education Coordinator in charge of the African trade union, university based post-graduate certificate programme.

She was part of the team of trade union researchers who designed trade union/university educational programmes at the certificate, diploma and post-graduate levels. She is currently assisting to co-ordinate an eleven-country study on gender and trade union leadership. She has conducted research on sexual harassment and gender mainstreaming in Ghanaian Universities, as well as trade union internal democracy. Her current research activities include labour history in Africa, market women traders' associations, gender, and leadership in trade unions. She has publications on gender-based violence, gender and informal economy, trade union governance and internal democracy.

Dorcas is the Executive Director of Gender Studies and Human Rights Documentation Centre (Gender Centre). She is a lawyer by profession with over 20 years’ experience working to promote women’s rights at national, regional and international levels.

As one of the founding members of FIDA Ghana, she has been an active participant in all its activities since its inception in 1974, having served as vice President and then President from 1988 to 1989 and 1990 to 1991 respectively. She also served as the President of Legal Aid Steering Committee of FIDA and also the Project Coordinator of the Legal Literacy and Publication committee for a number of years.

She is also a member of Women in Law and Development in Africa, WILDAF, a Pan- African network of organisations and individuals with members in twenty-six African countries and a founding member of WILDAF Ghana and currently the chairperson of the African Regional Board Director of WILDAF. She has also served as a resource person for a number of organizations across Ghana and other parts of Africa training in gender, human rights and leadership. She has a number of publications to her credit.

Mrs. Dorcas Coker-Appiah is currently serving as a member of the CEDAW Committee in New York. She serves on a number of Boards including Ghana Legal Literacy and Resource Foundation (1994 to date) and WIPSEN- Africa. Dorcas has expertise in organizational development, fundraising, research and writing, project management and adult training methodologies. Dorcas is a founding member and the first Convenor of NETRIGHT.

Adwoa is a trade unionist and women’s rights activist who has been working in the labour front for over twenty years in the realm of women workers’ rights. She is currently the Coordinator of the IUF Africa Regional Women’s Project being implemented by the International Union of Food, Agricultural, Hotel, Restaurant, Catering, Tobacco, and Allied Workers’ Associations (IUF), which is a global Union federation of 336 Trade Unions in 120 Countries.

As the Coordinator, she is responsible for coordinating and monitoring the project being implemented in 16 African countries. As a Woman Activist, she has been very instrumental in championing the cause of women in Ghana, Africa, and the world over. The coming into being of the Ghana Women’s Manifesto has been one of her greatest results as a woman championing the cause of fellow women. Prior to her appointment as the Coordinator of the IUF Africa Regional Women’s Project, she was the Gender Officer of the General Agricultural Workers Union of Ghana Trade Union Congress. Adwoa is a stalwart in the area of Gender Equality within the society, work and union levels.

She has been an ardent supporter of networking and coalition building efforts and has been active in initiatives such as the Network for Women’s Rights in Ghana (NETRIGHT) and a member of its Steering Committee, the Women’s Manifesto Coalition (WMC) and the Domestic Violence Coalition.

Mrs. Dadzie has gained a lot of experience in the areas of research, policy influencing, budget analysis and tracking of public resources in relation to economic, social and cultural rights; development and execution of empowerment programmes for civil activism through rights education and economic literacy. She is an active member of several civil society bodies including the Federation of Women Lawyers (FIDA Ghana), the Network of Women’s Rights in Ghana (NETRIGHT) and the Gender Statistics Working Group of the Ghana Statistical Service and the Domestic Violence Coalition.

She has also acquired skills and expertise through various educational courses and extended practice in law, human rights and Ombudsman services and the use of mediation in dispute resolution.

Dzodzi is a Professor and a Senior Research Fellow at the Institute of Statistical, Social and Economic Research (ISSER) at the University of Ghana, where she has worked since 1991.

She currently serves as the Director of the Institute of African Studies at the University and is a past head of the Centre for Gender Studies and Advocacy (CEGENSA). She has a PhD in Social Sciences from Leiden University in the Netherlands. Her research and advocacy interests are in the areas of gender and livelihoods, informalization and informal work; gender and development policy and practice and land and resource tenures.

She is also engaged in research on intergenerational change on women’s work as a member of the Research Consortium on Pathways of Women’s Empowerment. Dzodzi is a founding member and past Convenor of NETRIGHT.

Rebecca Kwashie is a unionist and the Chairperson of the National Women’s Council of the Trade’s Union Congress (Ghana). Among the duties she undertakes are advocating and lobbying for balance of gender representation at all levels, especially in decision-making in affiliate unions and at workplaces. Mentoring potential Women and Youth with leadership skills. Demanding effective implementation of constitutional provisions in support of gender activities. Rebecca also undertakes education and awareness creation on varied trade union issues including provisions in the TUC gender policy and lobbies for its effective implementation. She advocated for the provision of a childcare facility in the TUC hall. Rebecca holds a Master’s in Business Administration and a Bachelor’s in Commerce both from the University of Cape Coast.